[Published on January 10, 2002]
Though never a big fan of the Esplanade’s pointy shells, I am
actually smitten by its exquisite interior. So when I learnt that
the arts centre is seeking assistance in funding, I've decided
to help out with some money-making proposals.

GORGEOUS, PRACTICAL AND AN ENERGY-SAVER 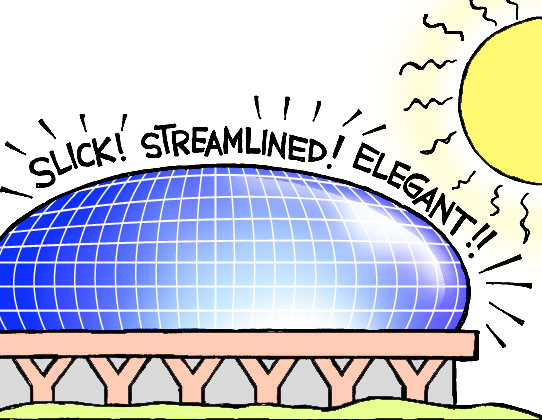 Replace the ugly spikes with solar panels which absorb sunlight all year round
while giving shade to patrons inside the domes.

The energy converted would not only keep the centre running should another
islandwide blackout occur -- it will also help to save on electricity bills
in the long run. 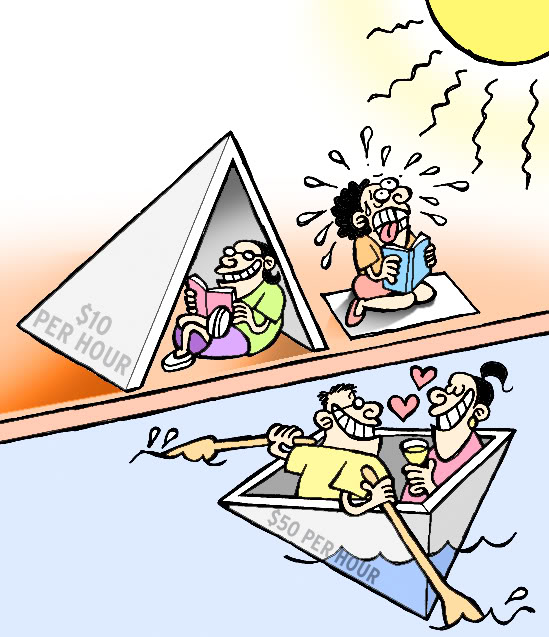 So what to do with those spikes which were removed? Erect them along
the waterfront and charge anyone who wishes to use them as shelters.
Or weld two spikes together and start renting them as boats on Marina Bay. 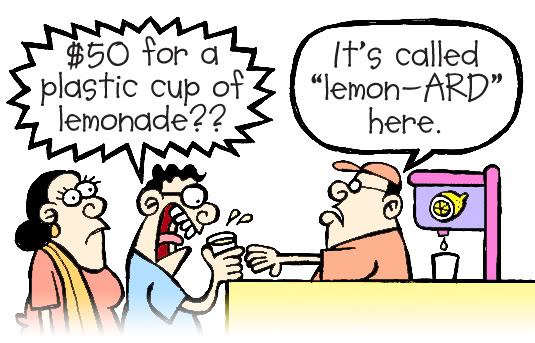 A surefire way to get more revenue is to quadruple ticket prices... but how
to justify that? By making the posh-sounding "Esplan-ARD" the official
pronunciation. The price hike is also applicable to refreshments sold there.

Only when it has broken even should it revert to the heartland-sounding
"Esplan-AID" and lower all prices for the average Singaporean. 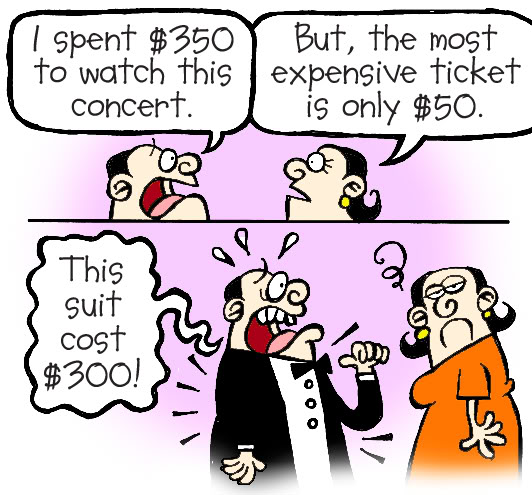 How many average Singaporeans own tuxedos or gowns?
The Esplanade can set up a shop within its premises (preferably at the entrance)
and earn extra income by renting out glam attire to patrons.


MERCHANDISING
Another money-making area which the Esplanade can explore is
to sell souvenirs to concert-goers. Not just any useless knick-knacks,
please. Here are some ideas: 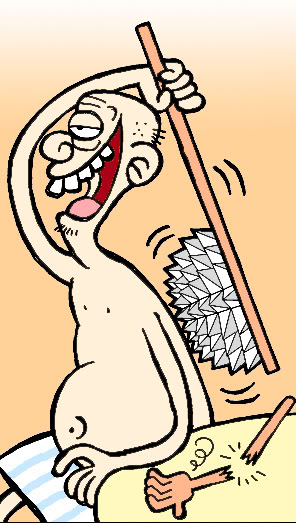 With its myriad spikes, it sure beats those hand-shaped
wooden scratcherswith only five measly prongs. 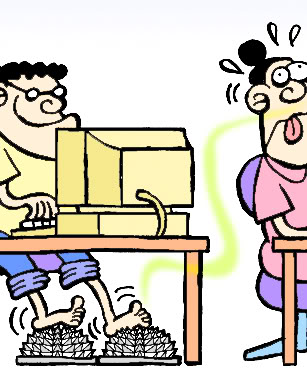 Some people walk barefoot on pebbled paths as a form of
foot reflexology. Now they can also enjoy the same pressure
therapy at work, and in air-conditioned comfort too. 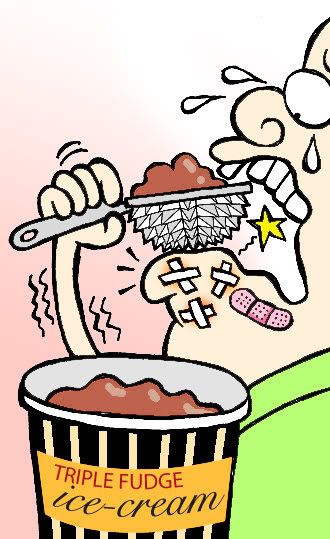 No matter how starved you are, a single scoop is all you
will take when you use this special spoon. Guaranteed.

Fed-up with inconsiderate motorists who ignore your
"Private Property -- No Parking" sign? Avoid a stand-off with the police
by planting these tyre-shredders on the asphalt.

The Esplanade ‘Chope’-A-Seat
TARGET: EVERYBODY 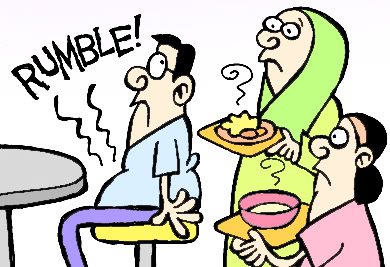 You are alone in a crowded foodcourt and you’ve found the one empty seat.
But you can’t go buy your meal or the seat will be taken. What do you do? 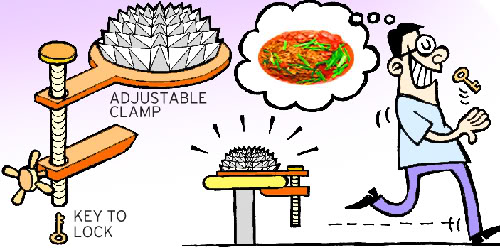 Introducing the Esplanade ’Chope’-A-Seat -- a gadget that clamps to a stool,
giving you the assurance that when you return with your char kway teow,
that seat still remains yours... 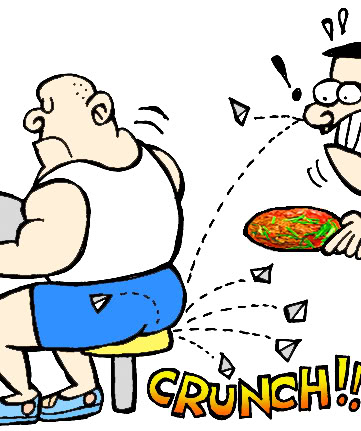 ...unless, of course, it is taken by someone with buns of steel.