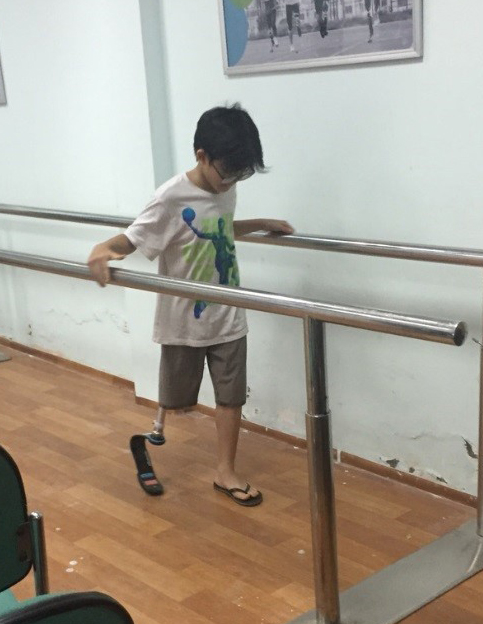 Here is an update from his mum, Mai Anh:

"Hanoi is getting warmer than ever.

Nhan is enjoying his summer break with a number of outdoor activities
including swimming and playing basketball.

He is now learning to get used to his new prosthetic leg.

There are two types of functional prosthetic legs: an aesthetic one
and a specific one used mainly by athletes. 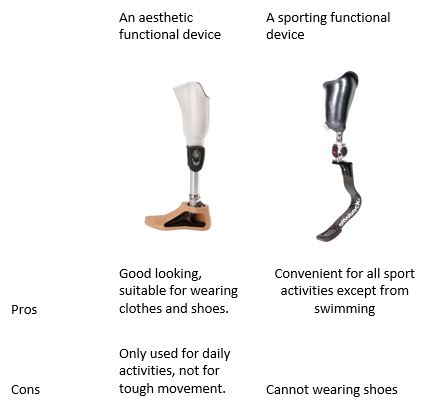 Nhan chose the second one so it can help him in all actions,
especially sports.

However, practicing is quite hard and it takes him about one
or two months of constant training.

The transfemoral prosthesis is an artificial limb that replaces
a leg missing above the knee. Transfemoral amputees can have
a very difficult time regaining normal movements.

In general, a transfemoral amputee must use approximately 80%
more energy to walk compared with a person with two whole legs.
This is due to the complexities in movement associated with the knee.

Plus, the inclement weather in Hanoi these days makes him
frowning all the time while practicing."


I look foward to seeing Thien Nhan master the use of
his new prosthetic leg.