Horses outnumber tanks in the British army, a newspaper reported.
The Times said that a Domesday Book of national assets to be
published by the government showed that in April there were
396 Challenger tanks and 483 horses.

The paper added that the list, which only covers assets worth
over £500, would not list 1,800 army dogs and registered army mascots,
which include two goats, a ferret and a tiger. 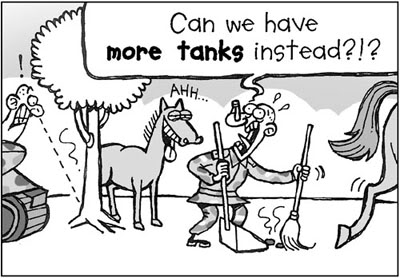