Dancing with the politicians

Filipinos love diminutives, and opposition politicians have
coined a brand new one - "cha-cha", meaning "charter change".
The phrase refers to what they say - bitterly - is an effort to
change the Constitution to allow President Fidel Ramos to stay
in power beyond the expiry of his term next June. They believe
the President's supporters have induced hundreds of congressmen
and senators to "dance" to their tune - dancing the "cha-cha",
of course.
The analogy could be accurate. During the first days of the debate
over the issue, observers noted a large, attentive turnout in the House. 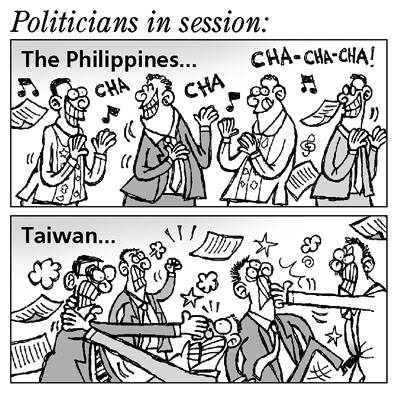