Residents faced evacuation, businesses were closing and tens of millions
of dollars were being lost as the heart of Auckland, New Zealand's biggest
city, remained gripped by the slow-motion collapse of its power grid.

Electricity supply authorities say it will be at least a week before power
is restored to the Central Business District (CBD).

Emergency services have issued a number of announcements telling food
premises to close, residents to throw away thawed food and people to
stay out of the CBD. 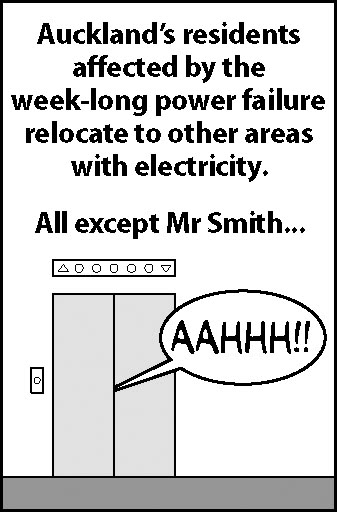