A great way to fly

In 2007, Singapore Airlines made headlines around the world with the debut of
its double-decker Airbus 380 in October.

The biggest passenger jet ever built carries 471 passengers and SIA was the first to fly it.

The much anticipated superjumbo aircraft was delayed by about two years and
its appearance flying between Singapore and Sydney was greeted with
a blaze of publicity.

Perhaps the most-talked-about feature on board: The 12 “beyond first-class” suites
with private cabins that let couples have a double bed screened off by sliding doors
and roller blinds.

The airline had to cool things down, clarifying that, despite the big beds,
there should be no sex because the suites are neither sound-proof nor totally private. 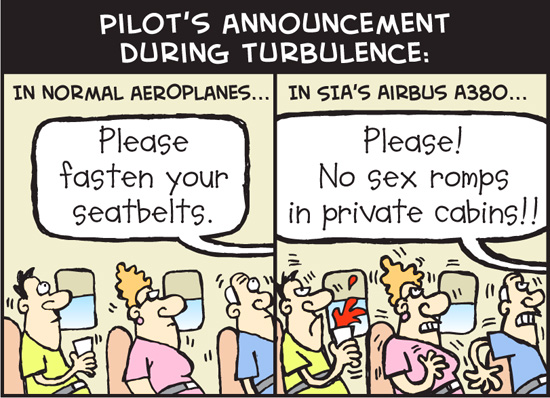