Deodorants will soon be the burglar's preferred tool.
British government scientists are evaluating new technology
that allows identification by body odour, making it possible
to trace criminals by their unique whiff.

A leaked memo from the government's top-secret GCHQ centre
lists a series of 'biometric technologies' -- which use the body
as a password -- that have been tested for possible use in Britain,
including one 'esoteric proposal' to identify individuals by their smell.

Biometrics are nothing new, with fingerprints being used for
more than 100 years as a form of identification. Smell is seen
by security experts as having great potential.

Every person produces an odour with a different chemical formula.
And we all smell all the time, even if the smell is not detectable
to the untrained nose.

Our odour is largely produced by the bacteria on our skin and
our pheromones, the chemical we produce to signal to others
of the same species. The great advantage for law enforcement
is that however hard we scrub or cover ourselves in deodorant,
we cannot entirely obscure our 'sniff signature'. 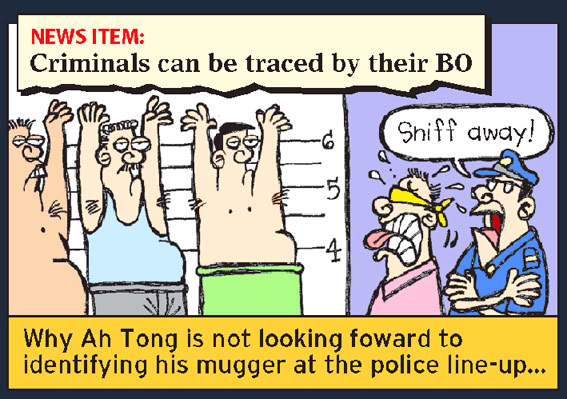