An update on Thien Nhan (from Elka)

Since September 2013, Thien Nhan (now 7!) has been going to a school in Hanoi
and is doing very well. He's got a scholarship there.

Here is one of his recent drawings -- he really enjoys art: 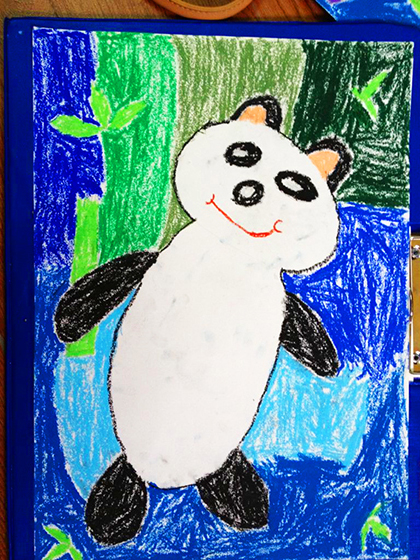 In June 2014, Thien Nhan will undergo another genital surgery.

Thanks to Na Huong and Greig's organization, the Italian and American surgeons
will come to Vietnam for Thien Nhan's procedure. At the same time they will
perform around 60 other genital/urological operations on other kids in Hanoi,
Danang and HCM City. They will also train local surgeons in these three regions.