Condoms made for World Cup

The first condoms will be handed out over the coming days on the
Cote d'Azur in the south of France, with 10 tons set to arrive at
Nice airport the next day.

The "soft" condom is stamped with the name of the relevant venue
where it is to be distributed and boxes of them are emblazoned with
"Footix", the cockerel mascot of the tournament. 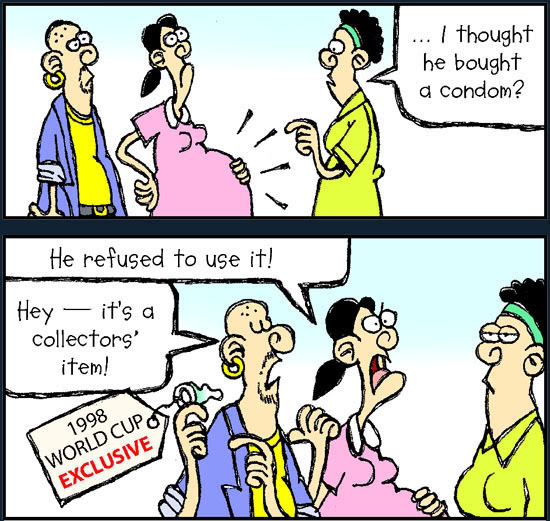