3 days before the Handover

China's Public Security Minister made an inspection tour of the
southern city of Shenzhen abutting Hong Kong, calling for
stricter patrols along the border. He inspected the border
checkpoint at Lo Wu, and urged police officers to double their
efforts ahead of the handover of Hong Kong to China.

China has more than 10,000 policemen deployed along the border
with the territory, said a Guangdong province security chief.

"I can assure you Hong Kong will not be flooded with illegal mainland
immigrants either before or after the handover," he said. 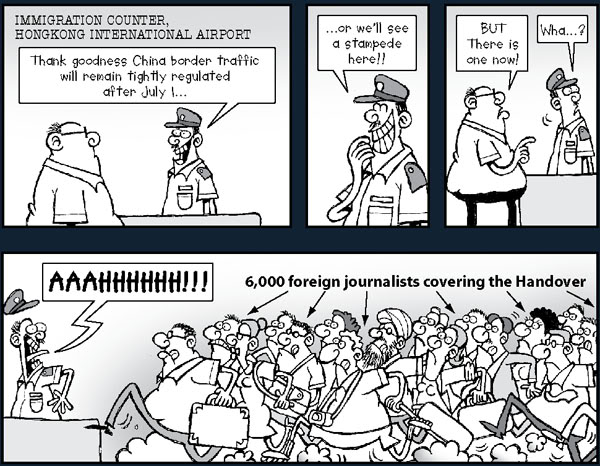