Hotel in the downtown area will have to remain hotels and
cannot be converted to condominiums or other uses,
following a new government ruling aimed at ensuring that
there will be enough hotel rooms here.

The Singapore Tourist Promotion Board's tourism blueprint,
Tourism-21, set out a strategic plan to achieve a target of
10 million visitors by 2000.

2,750 hotel rooms had already been lost after several
applications to convert hotels to residential and other uses
were approved by the authorities.

Although the Government would continue to release land parcels
for hotel developments, there may not be sufficient hotel rooms
to cater to the 10 million visitor arrivals if the trend
of hotel conversions remained unchecked. 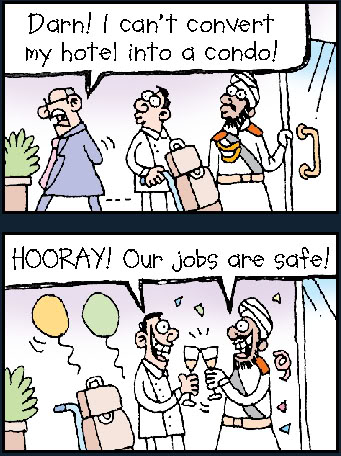