A Frenchman's mission to ensure better hygiene among
restaurant staff has inspired him to invent a toilet which
locks users inside unless they wash their hands.

People are trapped within the toilet until they put their
hands under the sink taps for at least 10 seconds in the
"Ten plus" toilet designed by Mr Jacques Robaey.

He set about constructing a hygienic water closet after
watching a television report a month ago which revealed
that a dish of peanuts put out by staff in a Paris bar
contained traces of urine from various individuals. 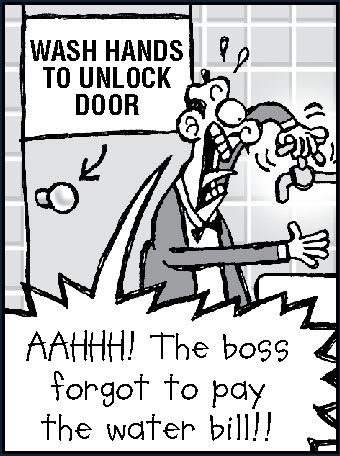