The shoplifter either had a terrible case of the blackheads or was headed for
the black market. Because, hey, why else would anyone pop off with 360 boxes
of Kao Biore Pore Pack?

"I cannot understand why anyone would want to steal so many boxes of the
product," said a security officer at the NTUC outlet in Thomson Plaza.

The Pore Pack, a popular peel-off plaster that removes blackheads, costs
between $3.20 and $5.90 each, depending on the number of plasters in each
pack.

Going by the security officer's suspicions, the theft occurred practically
under his nose that night.

He thinks that two men made off with the packs. "I was observing them.
Then I got a call that I was needed at the delivery bay. When I came back
five minutes later, the whole shelf was cleared of the product," he said. 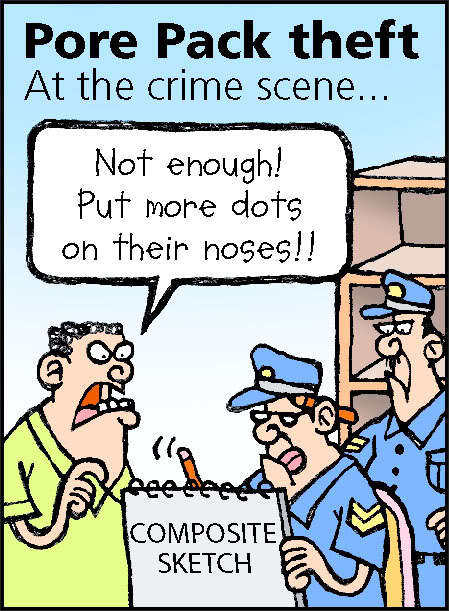