Stray cats saved from culling may get a new home at the Loyang Agrotech Park
near Pasir Ris, and sterilised strays picked up by town councils may be handed
over to animal welfare groups.

The Agri-Food and Veterinary Authority will release five parcels of land for
animal lovers to set up pet shelters.

Any group interested in setting up such animal boarding facilities, which has
proven experience in taking care of and providing boarding for pet animals,
may bid for the land.

It was estimated that industrial users would pay between $8,000 and $10,000
a month in rent in the Loyang area for a 0.4ha plot of land. But that could
be halved if the bidders are animal welfare groups, which have smaller budgets.
The Cat Welfare Society, however, is convinced that shelters are not a
sustainable solution. It would rather the Housing Board did away with existing
rules barring cats from HDB flats, and believes sterilisation is the way to go
in the long term.

The society's president said: "There are many reasons why a shelter is not a
long-term or practicable solution. There is a limit to the number of animals
which can be sheltered and running costs will be crippling." 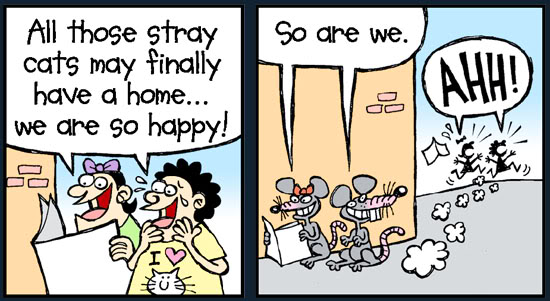