Phones that announce the name of the caller

A new telephone device not only identifies the number of the
person calling you, but also shouts out the name of the caller.
The gadget, patented by United States phone company AT&T, uses the
caller's number to consult a central database of subscribers' names.

Once the name is found, it then activates a voice synthesiser on
the phone to announce -- like a butler at an embassy reception --
the name of the caller.

The invention also works the other way, by announcing to you the
name of the subscriber whose number you have dialled.

Many phones already provide caller ID in the form of a phone number.
But the new-fangled service will let a user screen out undesirable
calls, such as from salesmen, heavy-breathing stalkers and creditors.

And it could save money on misdialled numbers too, because you could
ring off before the call is answered. 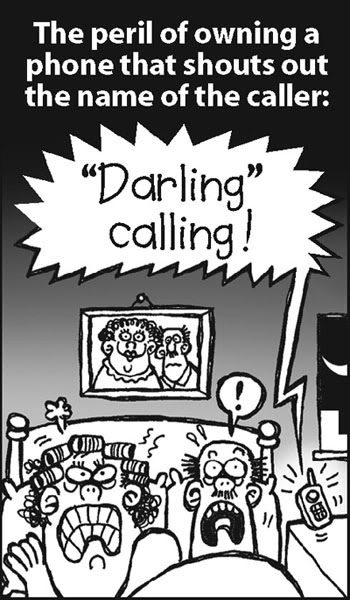