NEWater is treated wastewater that has been purified using
microfiltration, reverse osmosis and ultraviolet technologies,
in addition to conventional water treatment processes.
The water is potable and can be consumed by humans.

Here are some ideas that can be used to coax more Singaporeans
to down a glass or two of reclaimed water...

RIDE ON THE FAD
Bottle a new version. But what type?
Something which gives Singaporeans a quick fix for fat. 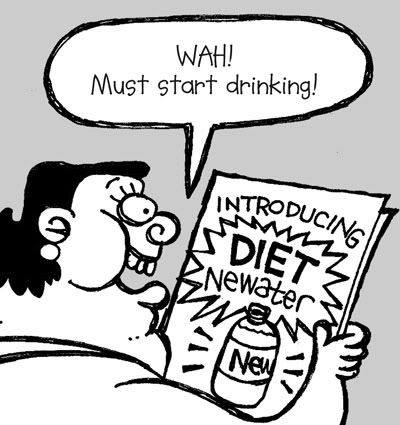 HOT DEAL
They are willing but unable.
Bring down the psychological barrier by serving Newater
in restaurants -- for free. 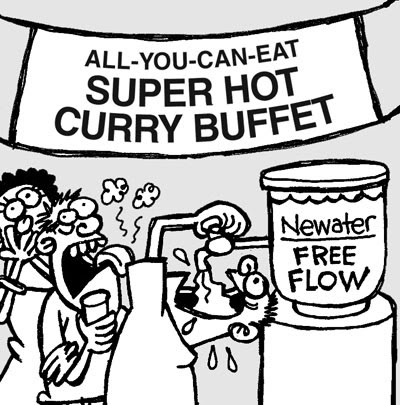 HAVE SOME TASTE
Give flavour to Newater.
Add a taste of lime, pineapple or mango.
And how about harmless, artificial 'Nicotine' flavour for
those who wish to kick the habit? 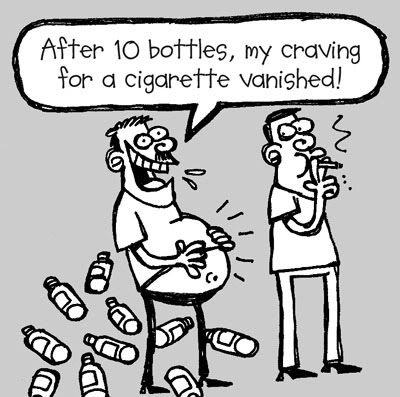 POT vs KETTLE
People taking potshots while you're quenching your thirst
with Newater? Here are a couple of comebacks:

If your antagonist is drinking bird's nest soup...

If he is ingesting Kway Chap (Pig's Organ Soup)...

YOU BET!
Make the bottle opaque.
The hotline number, which changes each week, is printed
inside -- visible only when the content has been drunk. 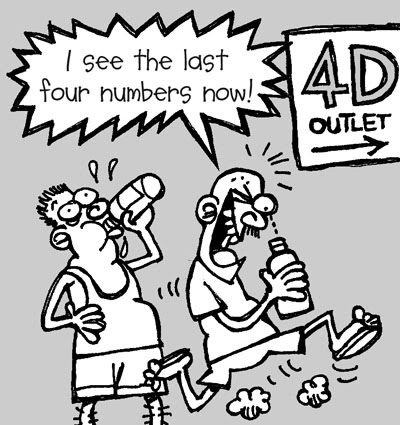