Shorter NS, thanks to technology

In the old days, a recruit had to wake up long before the crack of
dawn to make his way to a live firing range to learn how to shoot.

He could spend the entire, day there, mostly waiting for his turn
to shoot, and end up firing only 10 rounds.

Now, thanks to the Singapore Armed Forces' (SAF) Individual
Marksmanship Trainer, the recruit no longer has to wait almost a day
for his turn to shoot.

Instead, with the simulator, he can correct his shooting fundamentals
before he even steps into a live range.

In fact, the marksmanship trainer is so advanced, it can tell the
shooter things like how hard he squeezes the trigger, or how his
breathing pattern changes before, during and after the shot.

And it is technological advances like these that have convinced
the Ministry of Defence that national service could be shortened
by six months, without affecting the overall capabilities of the
Singapore Armed Forces.

With simulators and computerised combat trainers widely used,
soldiers are not only more effectively trained, it also takes
less time to train them. 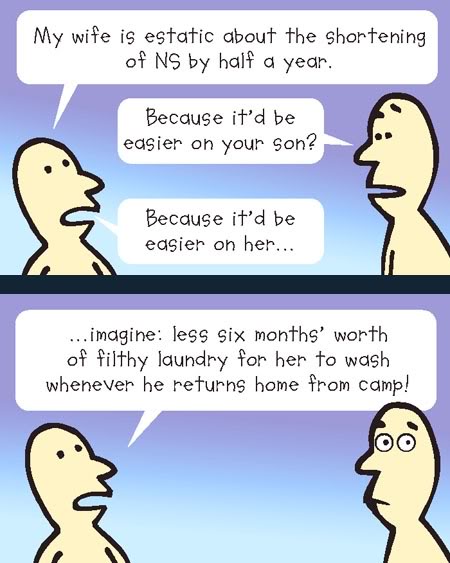