British hospitals are preparing to use military-style mobile operating
theatres, which can be set up in their carparks, to reduce waiting lists.
The M*A*S*H (mobile army surgical hospital) style mobile theatres were
designed to treat battlefield casualties but have been adapted to deal
with up to 12 patients a day.

It can be set up in hours and connected to hospital supplies of oxygen,
water and electricity.

Hospital officials expect up to 500 cardiac patients could be treated a year.

The mobile theatres were named after the American Korean War film and
television series. They include an anaesthetic room, patient recovery room
and washroom for medical staff, alongside the basic operating theatre.

The units would help surgeons cope with emergency cases while existing
theatres were used for routine operations. 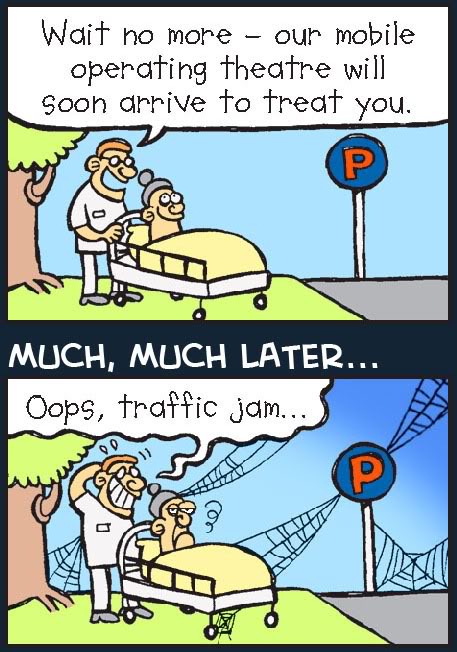