No commuter wants a bus/train fare hike. Here are some money-making
alternatives which transport operators can adopt:

OPTION 1
During off-peak hours, buses can double as tour coaches,
with drivers announcing the sights to tourists along the way.
The tours can be themed according to the routes the buses ply. 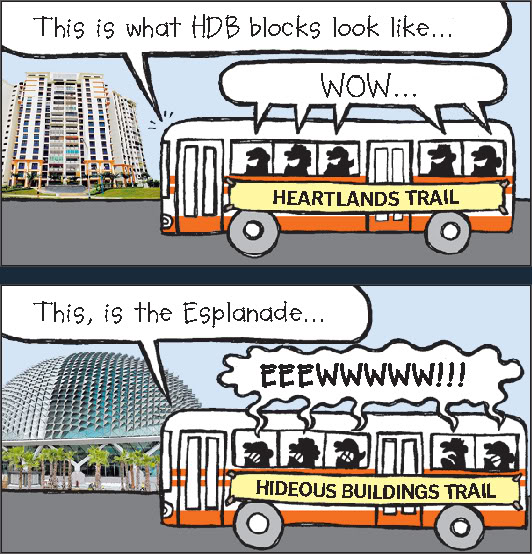 OPTION 2
Buses travel all over the island. The bus company can supplement
its earnings by introducing a courier service: with drivers
making deliveries along the routes.

OPTION 3
Air conditioners are a high-maintenance luxury.
Save money by doing away with them.

And make money by starting a franchise at each bus stop.

OPTION 4
Pack in more commuters by folding up the seats, which can be unlocked
by anyone who pays $1 after flashing an ez-link card at a scanner:

Only the elderly and pregnant women can get their money back
at the ticket office. 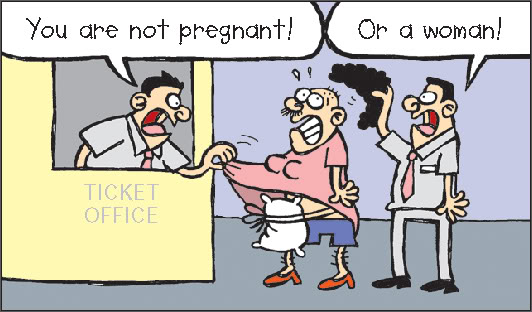 OPTION 5
Why raise fares when there already is a surefire money-maker in place --
the laborious process of commuters getting their money back for faulty
ez-link cards... 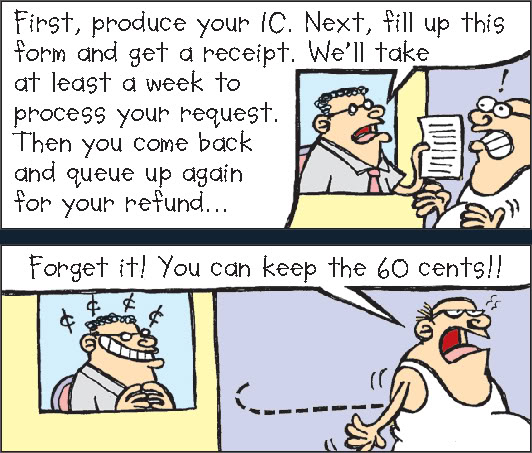