It's going to be a shorter wait for NY women

A harsh inequity of being a woman is suffering long lines at public toilets
while men come and go with barely any delay.

Now, New York wants to do something about it.

Its City Council introduced legislation that will double the number of
public bathrooms for women by making it mandatory that large buildings
and public spaces have a two-to-one ratio of women's to men's rooms.

"For too long now women have had to stand in line and watch our
male counterparts traipsing through restrooms with ease while
we waste valuable time waiting in line," said a Brooklyn council member.

The Restroom Equity Bill requires all renovations and new construction
in New York to provide more women's toilets in all public areas.
It is not meant for small establishments with just one men's room and
one women's room.

The Bill allows for some men's rooms to be converted to women's toilets,
so that building owners need not build new facilities. 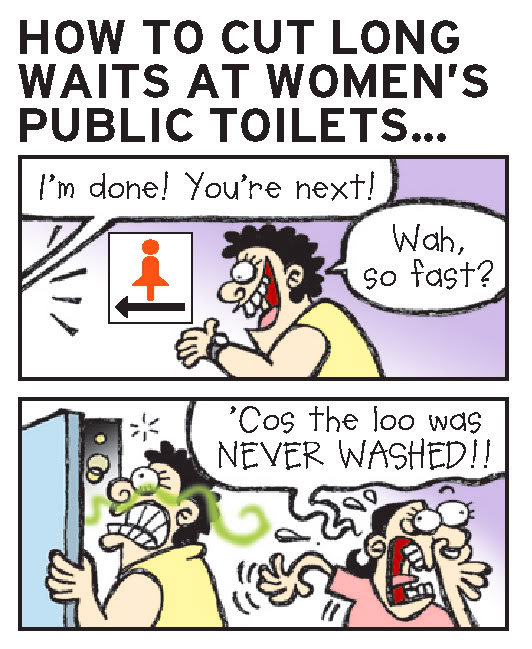