Much ado about housework

A Japanese court has ruled in favour of a 33-year-old woman who
divorced her husband after he demanded that she do all the cooking,
cleaning and laundry even though she held a full-time job.

The woman's husband filed a lawsuit demanding that his wife
pay 4.5 million yen in damages for refusing to live with him
soon after their marriage and ultimately divorcing him.

The Tokyo District Court turned down the husband's demand
for damages but ordered the wife to return a 1-million-yen
betrothal gift and her wedding ring. 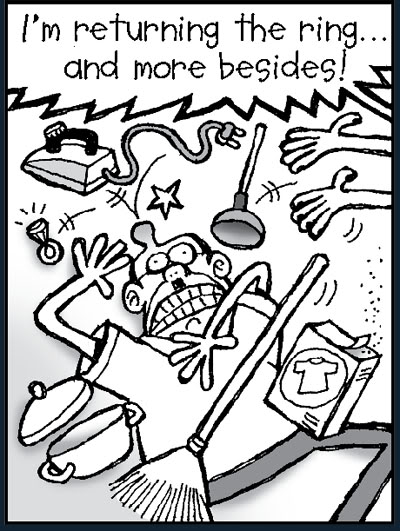