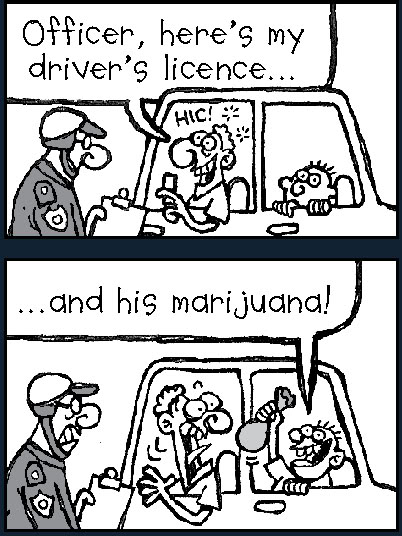 In California, a man was pulled over for doing 125 kmh in a 88 kmh zone.
Police officers detected the smell of alcohol, and also noted that the driver's
young son was not secured in a car seat. As a field sobriety test was being
administered, the child reached out of the window, holding a bag containing
less than an ounce of marijuana. The boy told the officer the dope was "bad"
and passed it over. Before releasing him to the custody of his mother,
officers gave the boy an Oxnard Police Department Junior Officer badge.
The police made it clear they see him as a new poster-child of sorts for
the local narcotics squad. "In about 20 years, we may interview him for a job,"
said the departmen's spokesman.