This makes me SO ANGRY!

I did this for the Punchlines column: 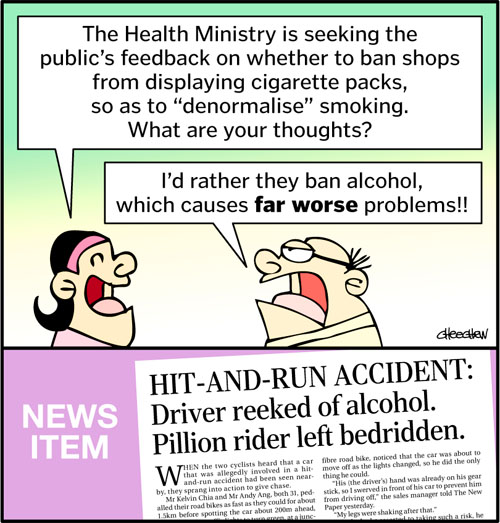 The next day, someone wrote this to the papers:

While any such accidents are sad events, the fact is that in
Singapore they occur relatively infrequently: according to
police data, in a typical month there are one or two alcohol-
related traffic deaths. (Their rarity is part of what makes them
newsworthy.)

In comparison, according to Health Promotion Board, there are
more than two hundred tobacco-related deaths in Singapore
every month. Indeed, the Royal Australasian College of Physicians
has calculated that “more people in Australia and New Zealand die
from cigarettes than from alcohol, illicit drugs, road accidents,
suicides, homicides, drowning, shark attacks, falls and
electrocution – combined.” As such, public awareness of the
dangers of smoking and secondhand smoke should be promoted,
not downplayed.

Yes, smoking is bad, Berrick.
However, that is self-induced.

Being innocently maimed or killed by drunk drivers is comparatively worse.

If you are a non-smoker, you can walk away to avoid secondhand smoke.

But it's hard to react in time when an alcohol-laden moron
is speeding his car directly at you. 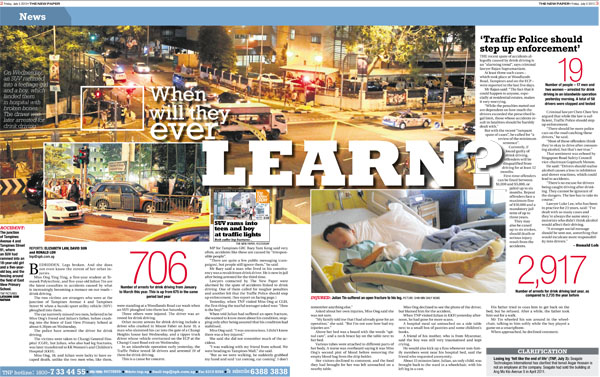 19 people
were arrested for drink driving in an islandwide operation on the morning of July 04, 2013.

706 arrests for drink driving
from January to March in 2013. This is up from 675 in the same period last year. 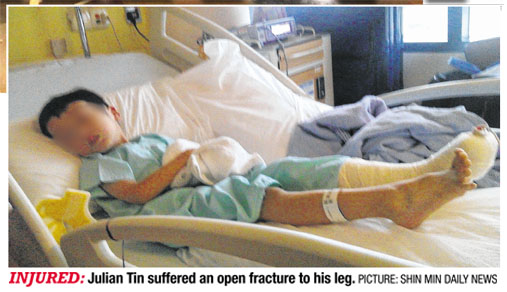 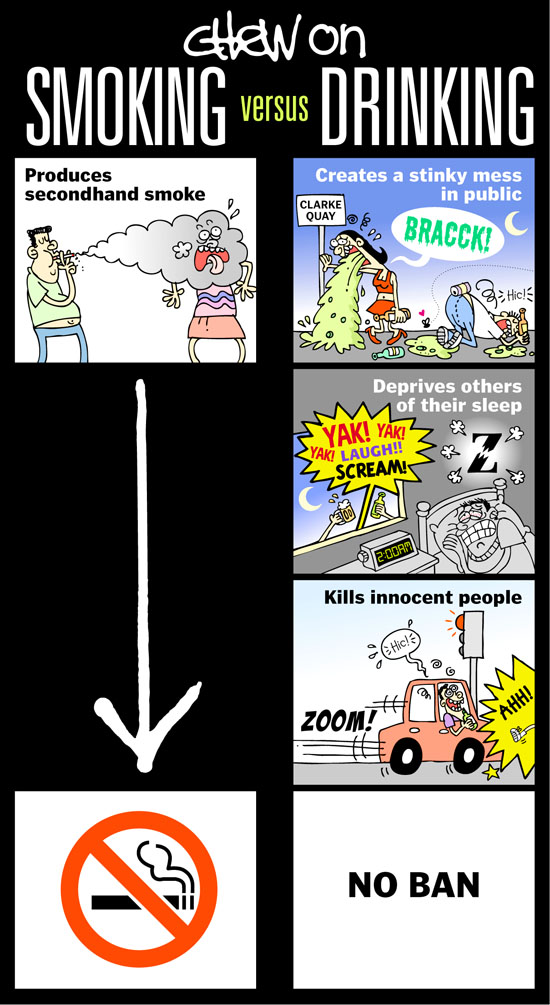