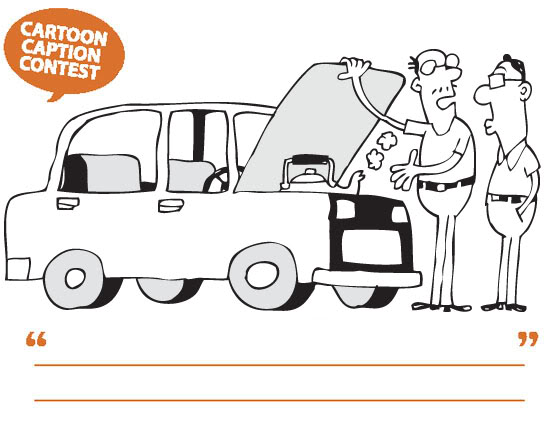 The winning entry:
"This is the lastest in steam-driven automobile --
The Kettillac!."
- Krishna Kumar


The shortlisted ones:
"Check out my car's new exhaust pipe.
Now, I can drive through floods!"
- Julia Chin

"Welcome to Ah Seng Mobile Bak Kut Teh Stall.
Have a seat inside. Youl will be served shortly."
- Cindy Goh Shu Wei

"Hey, this is my grandpa's CNG car back in the 30s!"
- Mustaqim Bin Ramdzan

"Wow! Another splendid contribution to
The Sunday Times' 'WE HELP YOU SAVE' series!"
- Ho Hoi Sang

"You told me to warm up the engine first."
- Brenda Lim Li Ying

After Yeo Puay Lin of Barclays Capital donated $200 of her own money
to Thien Nhan, I thought it was the last I heard of her -- but nooo...
that woman and her gang (Siddharth Kumar, Lynn Sin, Tan Zehuei,
Tan Hui Yi, Lim Beeling & Kitty) went another step to organise
Merry Chari, an event where staff contribute money and the bank pays for drinks. 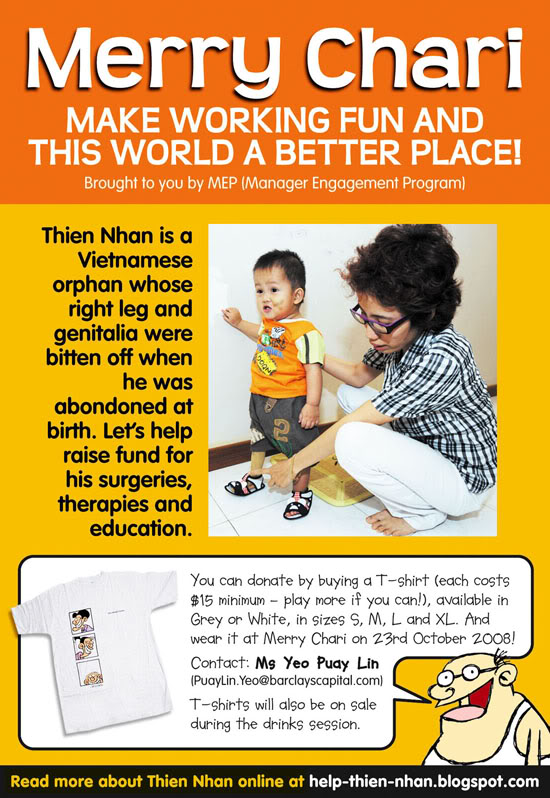 During the merriment, Chew On It! T-shirts were sold and an impressive
S$3,841 was raised... a sum that will take me months to reach (cough!).

Lear turns out to be comedy of errors

British students found to their horror that they had spent two years
studying the wrong play when their examination paper had no questions on
Shakespeare's epic tragedy King Lear.

A teacher mistakenly taught the pupils King Lear instead of three other
Shakespeare plays which were on the syllabus.

A spokesman for the examination board said: "It will have been a stressful
time for the students and we will do everything we can to make sure that they
are not disadvantaged by a mistake that was not their fault."

One smart card for all financial transactions.
When swiped through a home computer gadget every April,
it fills up the tax form online, automatically. 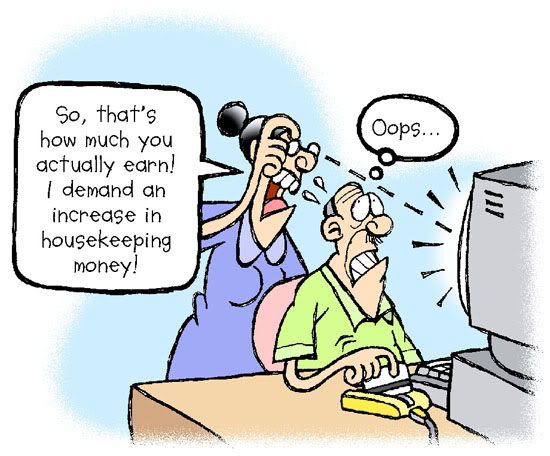 Back in Hanoi on yet another business trip, my friend Adarsh and his Dad met up
with Thien Nhan again (pixs and captions provided by Adarsh) : 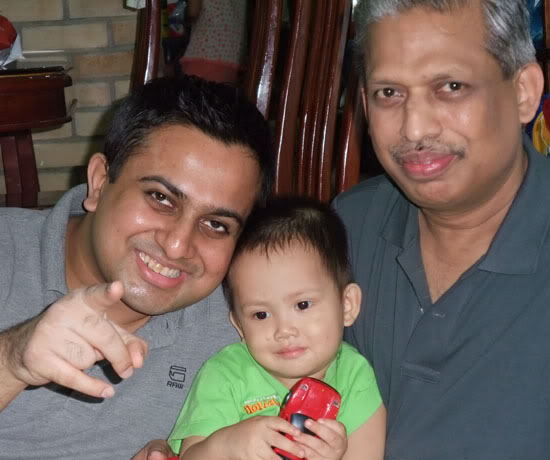 "Thien Nahn with my Dad and I. In his hand is a red toy car that my Dad
bought for him from Singapore." 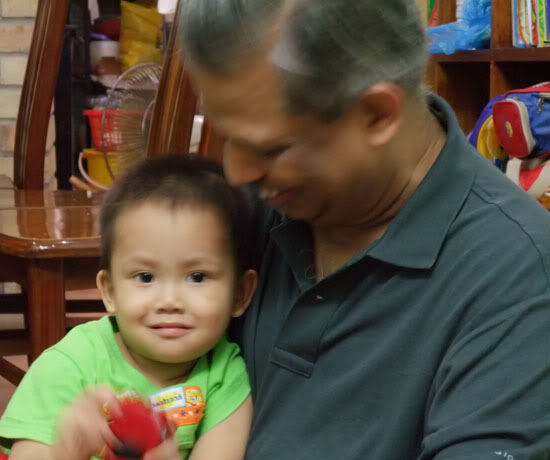 "Thien Nhan smiling brightly as my Dad cradles him on his lap." 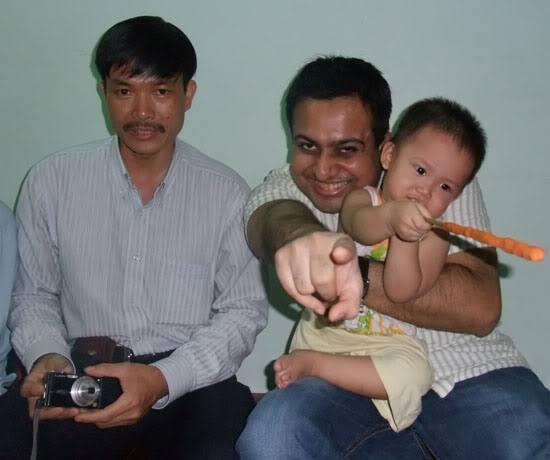 "Thien Nhan sitting on my lap and holding some silly little stick with play-dough
around it and pretending to be a Kung-Fu expert! :) Seated next to me is one
of my Dad's Vietnamese business contacts, Mr. Pham, who also contributes to
Thien Nhan's cause in Hanoi." 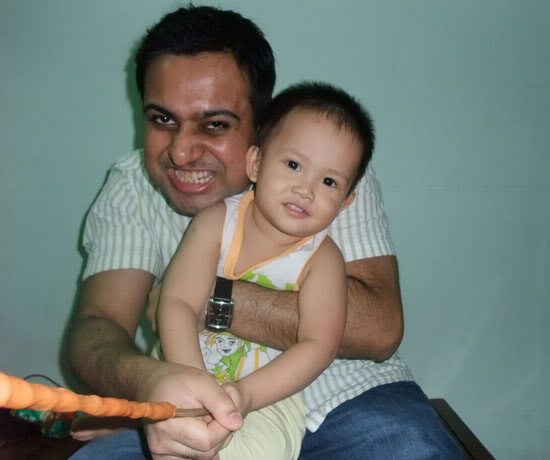 "Thien Nhan still playing with his 'kung-fu' stick and trying to look fierce as
I join him in his antics." 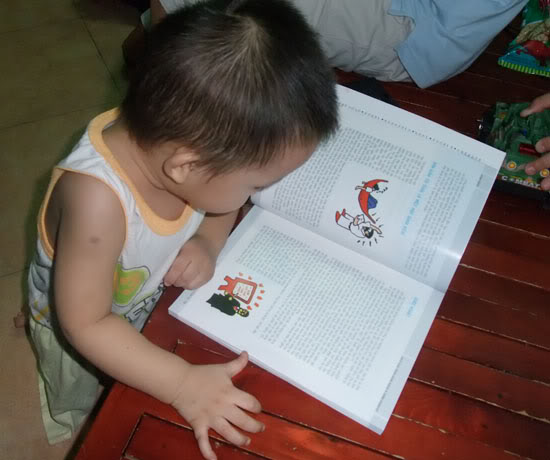 "Thien Nhan starting to read his older brother's (Big Minh's) Vietnamese textbook.
Although he really cannot read yet, as he is only 2 yrs +, he is still very clever
and looks at all the pictures and asks his Dad lots of questions." 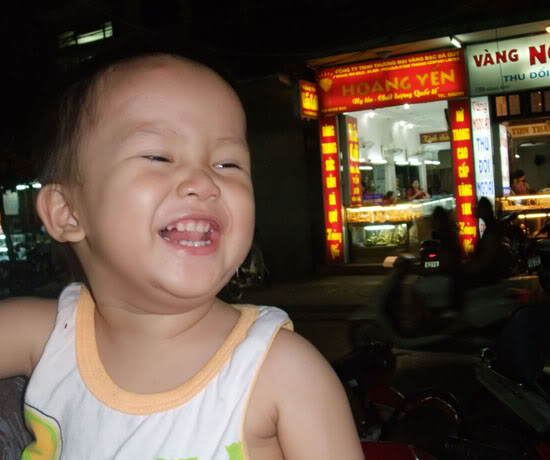 "Thien Nhan in his Dad's arms, smiling brightly at my Dad (not in picture),
as my Dad amused him by putting on Little Minh's motorcycle helmet
(which little Minh uses when his Mom drops him to school on her motorbike)
on his head! What a bright and brilliant smile! :) "

Patrons have to surrender their handphones and pagers
before proceeding into concert/theatre halls. This is to ensure
uninterrupted performances for everyone's enjoyment. 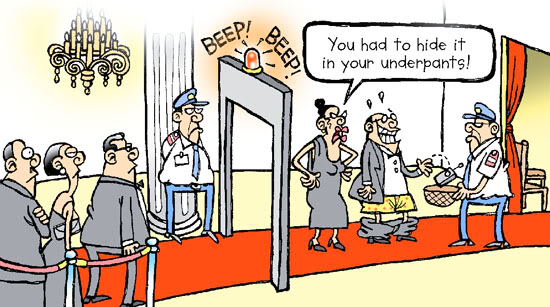 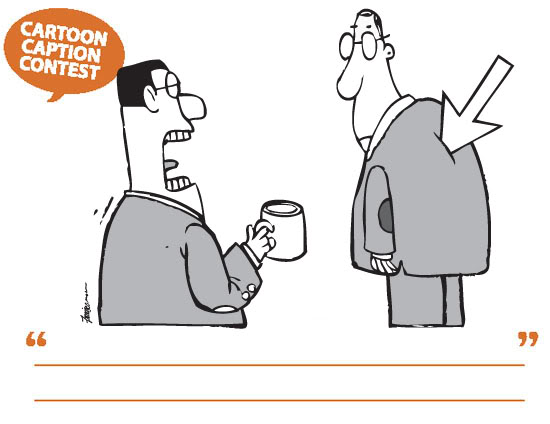 The winning entry:
"You do have a point!"
- Louis Lim


The shortlisted ones:
"Been messing with the new Powerpoint tools again, huh?"
- Stephen See

"Don't think you may slim down
by puncturing yourself with an arrow."
- Ang Teit Kiet

"What a scary Halloween outfit -- a Wall Street analyst
struck by the wooden arrow of financial crisis!"
- Jimmy Ng

"Did you happen to stand under the stocks chart
when it fell?"
- Pameline Kang

And this one -- nonsensical but amusing:
"Oh! Long time no see, Mr Arrow. Have a cup of coffee!"
- Richard Chia