A survey by an online portal found one in five workers
in Singapore admitted faking illnesses such as headaches or
stomach cramps to get an MC.

Of these, about half said they would get medical certificates
at least three times a year.

Just over 40 per cent of fakers said they have called in sick
because they "didn’t feel like working", while a third shun work
because they "had other plans".

A fraction of them get MCs because they overslept or are
burned out at work.

The three most common excuses that workers give for the
ill-gotten day-off are headache/ giddiness, diarrhoea/food poisoning
and stomach cramps. 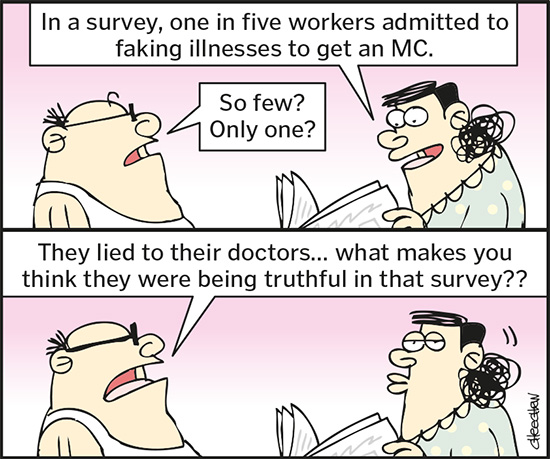