Avert your eyes! You are not supposed to see this!!

It is illegal to take part in an illegal assembly or procession in Singapore.

Two men who joined a protest against rising prices were arrested and fined
for the offence. I was so inspired by this news item that I based one of my
Sunday comic strips on it.

Unfortunately it was banned from being published
(as with all toons on Singapore's judicial system)... but luckily, there is the
internet where I can still show it to you: 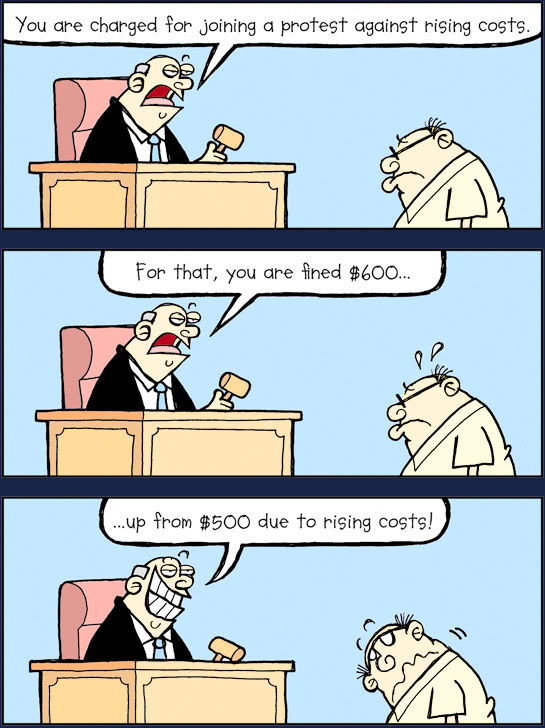 Speaking of our judicial system, the outcome of two different court cases had
left me extremely befuddled. I have condensed them in a comparative chart below:

I'm not saying that kissing a lady's hand without her consent is okay --
but 6 months as opposed to only 2 for actually harming someone??

Am I missing something?