Modern, but where is the Singapore identity?

LETTER FROM A READER:
No doubt, both the Esplanade - Theatres On The Bay and the Supreme Court
building were designed by foreign architects chosen for their 'international
standing and design skills for innovative, world-class, award-winning
architecture'.

However, it is precisely architectural pieces such as these that have
rendered almost every major city in the world identical.
In fact, there are numerous so-called modern designs, such as the Shanghai
Arts and Performance Centre, that are similar in design to the new Supreme
Court.

Under the guise of modernisation and international design, these Western
styles of architecture have flooded Asian cities. Moreover, their presence is
reinforced by the authorities' idea that Westernisation equals modernisation.

Considering the fact that the Government is trying to retain places that are
meaningful and memorable to Singaporeans, the act of demolishing historic
buildings and replacing them with international icons negates, in effect, any
effort to create a unique Singaporean identity. 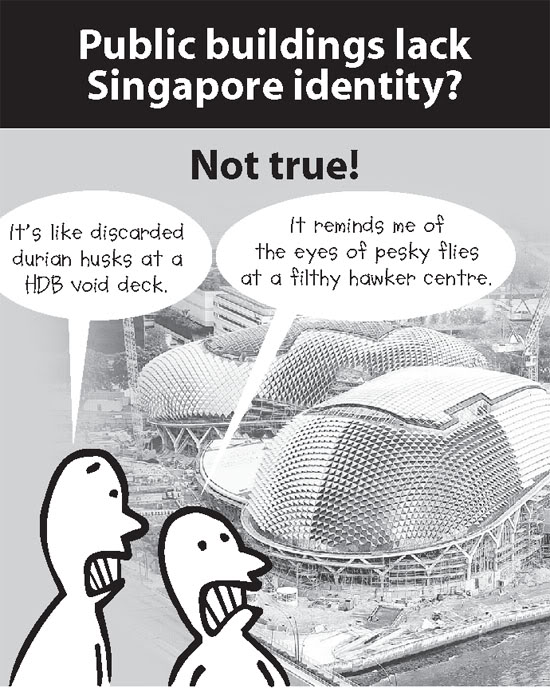