Singapore has the best record in the Asia-Pacific region for combatting
software piracy, a leading Swiss business institute survey has shown.
For three consecutive years, the International Institute for Management
Development (IMD) has ranked Singapore as the top Asian nation in the
protection of intellectual property rights.

In the survey, the institute ranked Singapore ahead of countries like
Denmark, Austria, France, Japan, Australia, Belgium, Great Britain and
Israel, in stamping out software piracy.

In 1997, the police conducted 560 anti-piracy raids. The market value
of pirated software seized was close to $4 million. 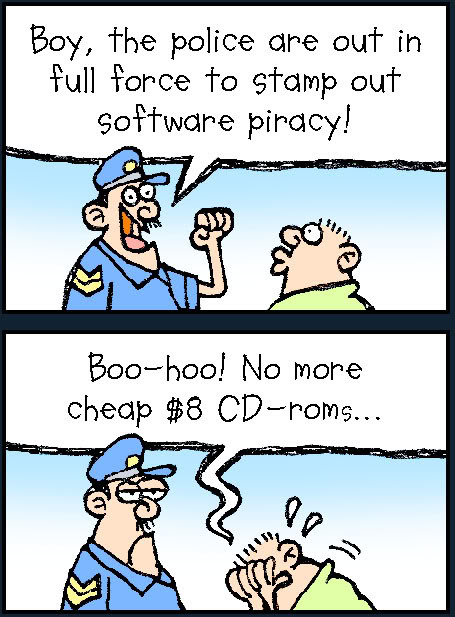