An Australian woman has gone overboard for Titanic, sitting through
the film more than 100 times.

An Adelaide cinema manager said the middle-aged woman, who did not want
her identity revealed, had sunk more than A$1,000 (S$1,070) into tickets
and was still coming back for more.

"She has apparently seen Evita more than 100 times and she intends to see
Titanic 150 times," the manager said. "She really enjoys the film." 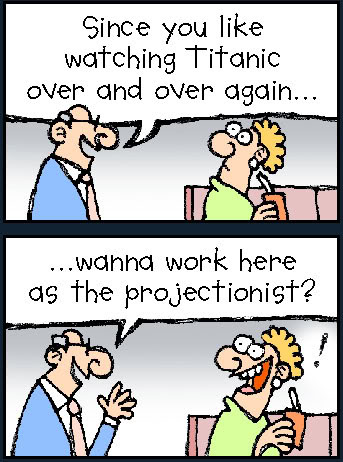