This year, the birth rate may fall to its lowest in 26 years.
If Singapore does not have enough people in the future, what is life
going to be like for babies when they grow up? Some scenarios...

Boys may have to serve four years of national service instead of 2-and-a-half years.
And girls may also be drafted. A security analyst of the Institute of Defence and
Strategic Studies presented this as a possible scenario.

Who else, he asked, is going to defend the country if the pool of the young and
fit shrinks every year?

To further enlarge the pool, he suggested making it compulsory for permanent
residents to bear arms. 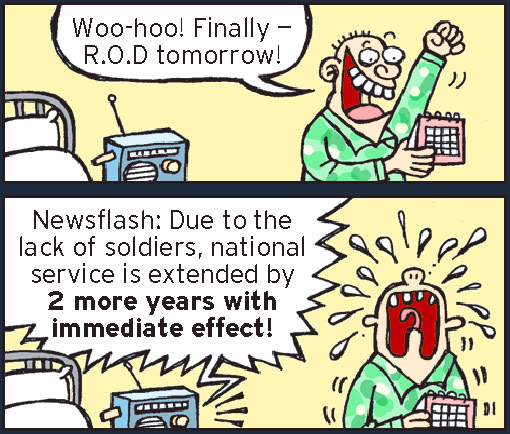 Country clubs and condominiums with landscaped swimming pools won't be popular.
Pay-per-use facilities and smaller apartments may spring up for mobile young
professionals who won't want to pay for country clubs or condo facilities they won't use.

But the ageing population will have an even greater impact on urban planning:
more land for nursing homes for elderly singles, and 'boutique apartments' for
wealthier independent seniors. These may have hairdressing, manicure and
pedicure services downstairs, and laundry and kitchen services.

They may also have a mahjong room and a place for residents to get a medical
check-up or botox shots to iron out the wrinkles.

There would also be duplex apartments, where parents and their children
could live in separate units in the same compound.

And there would be fewer stairs and kerbs. 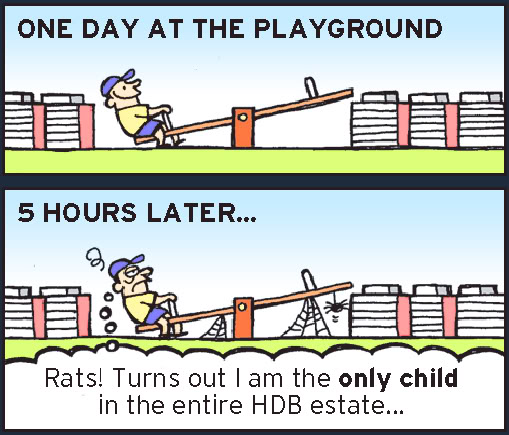 Nation of spoilt self-indulgent adults who abhor parenthood could be
the ultimate result if successive generations have fewer and fewer children.

If married couples have fewer children, the value of these children
will rise tremendously.

For example, in China, the one-child policy has led some parents to
spend their life savings on a child's material wants.

The value of parenting may also be eroded.

Current social expectations are still for couples to conceive. But if more
remain childless by choice, not having children may be seen as the norm.
Marriage rates may fall due to the lack of desire to be a parent.

Then there are the implications of ageing. It won't be easy for a couple to
support two sets of ageing parents as well as a child of their own.
And what of childless couples who must rely on institutional care
when they grow old? The state may have to step in as the surrogate child. 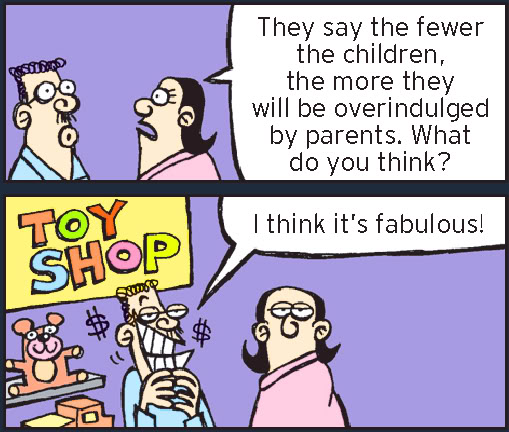 "The most serious consequence (of declining birth rates) is that of maintaining
the ageing population," said an economist.

And if working adults are taxed heavily to support the ageing, they may emigrate.
An influx of foreigners would make this scenario unlikely. 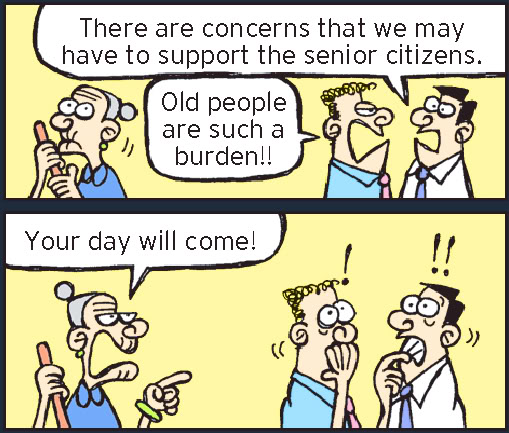