A small Nebraska town is the target of a smear campaign
by a vandal. Beginning more than a year ago, a man has been
skipping from one business to another at night, pressing his
naked behind -- sometimes his groin, sometimes both --
on windows.

Store owners, church workers and school janitors have had to
wash lotion and petroleum jelly off the windows he hits.
"This is the weirdest case I’ve ever seen," said a police chief.
Some residents of Valentine, a remote central US town of about
2,650 people, find some humour in the strange vandalism and have
taken to calling the perpetrator the "Butt Bandit".

The acts first started when the window of a Methodist church
was greased with an imprint.

During one particularly brazen session, virtually all the
windows at a local hotel were imprinted.

No one has a clue as to who the vandal is, except that he is
about 1.8m tall and slender, with a dark complexion and
dark hair styled in a "1980s, feathered look". 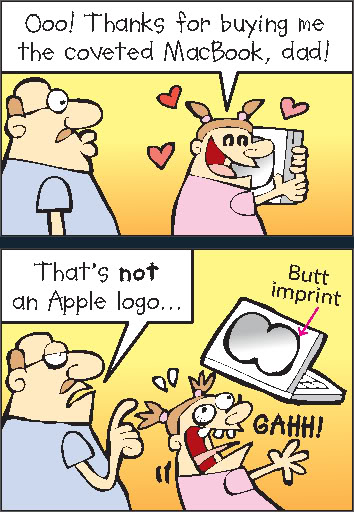