Pigs get right to shower

Want to get rid of your goldfish? Swiss owners who have
been flushing them down the toilet -- still alive --
must now use a kinder method.

Under new animal protection laws, a fish must be first
knocked out and then killed before its body can be disposed of.
Pets, farm animals, animals destined for scientific experiments,
zoo or circus animals are all covered under the new law.

But just like in George Orwell’s satire Animal Farm, however,
some animals are more equal than others.

Not only are goldfish now afforded a more "dignified" death
than being dispatched round the U-bend, but Swiss anglers
are also banned from catching only to throw the fish back in
the water, or to use live fish as bait.

Common household pets such as budgies and hamsters can no
longer be kept by themselves. The same applies to more exotic
breeds such as lamas, alpacas and yaks that are kept in zoos.
Man’s "best friend" comes in for special treatment. Dog owners
will be obliged by law to take special classes on how to raise
Fido properly so he is less likely to bite.

Dog owners wishing to "customise" their pets as fashion
accessories will not be allowed to crop their tails or ears --
or "force them to have surgery to get droopy ears".

And pigs, often said to be happiest when rolling around in the
mud, now have the legal right to a shower to freshen up. 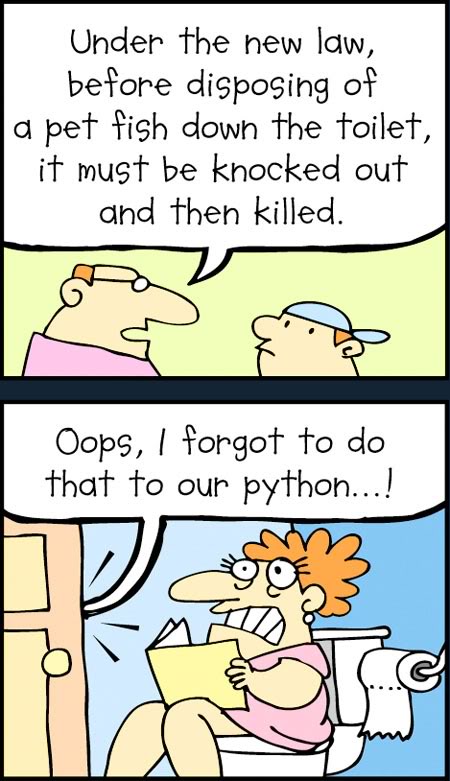