Sitting below 25 sq km of reclaimed land in Changi is an underground
reservoir with potentially enough water to fill 35,000 swimming pools.

A team from the Nanyang Technological University's (NTU) School of
Civil and Environmental Engineering, which has been prospecting for
water in the area for the past few years, reports that the reclaimed
land, which acts like a natural reservoir, collecting and filtering
rainfall, holds a substantial amount of freshwater.

And the underground reservoir could potentially store more than
70 million cu m of water, making it a viable alternative source
of water here. 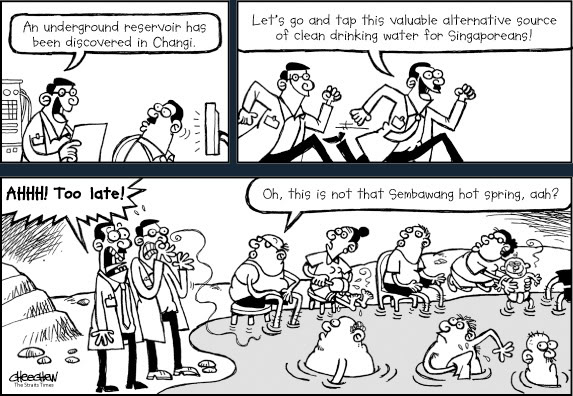