Residents who report the antics of a nuisance neighbour
to the police are always left helpless.

This is because according to the police,
intentional harassment, noise pollution and mischief
are non-arrestable offences. 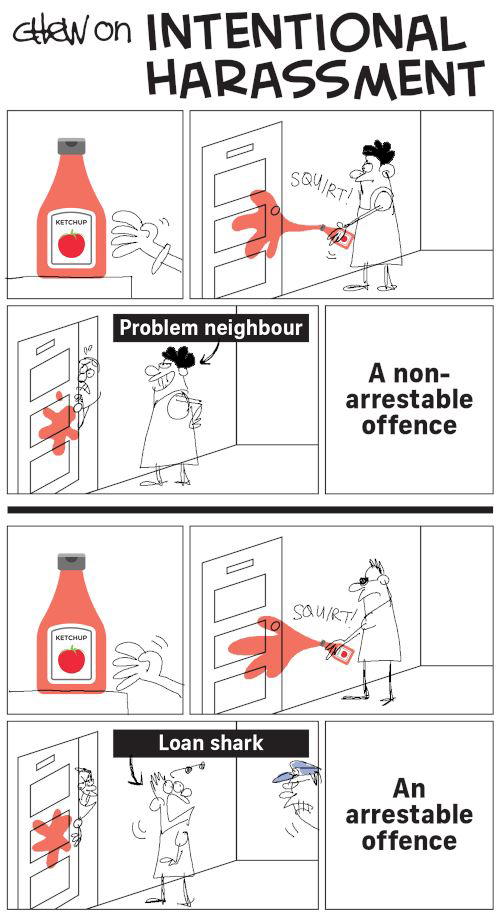 I guess it all lies with the intent:
One is mischief, the other is a threat.

But then again, what if the loanshark claims that
his is also an act of mischief?