Five per cent of Americans believe that giving a box of chocolate
improves their chances of getting their partners to have sex,
an industry survey shows.

Men are twice as likely as women to believe boxed chocolate
increases their chances of sex - 8 per cent of men versus
3 per cent of women.

Nonetheless, 68 per cent of those surveyed said giving chocolates
would not improve chances for sex.

"There is a correlation" between chocolates and sex, said
a representative of one of the companies involved in the survey.

"We wanted to know how many men or women would acknowledge
that fact. Some did, but there were quite a few who probably
believe it but don't admit it." 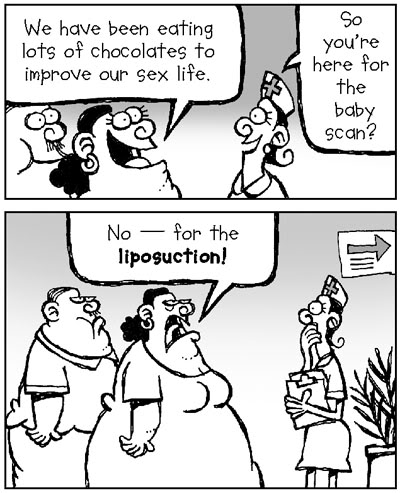