The door of an MRT train was dislodged, seconds before it pulled
into City Hall station on Monday during the evening rush hour.

The dangling door damaged two pairs of platform screen doors at the station.

The incident, which happened at about 5.15 pm, disrupted services between
Newton and Marina Bay stations for about 15 minutes. No one was hurt.

SMRT said it has now tightened handover procedures with external parties.
Its engineers have also re-examined the design of the train doors and
confirmed that when installed correctly, they were safe and secure and
would not fall off, it added. 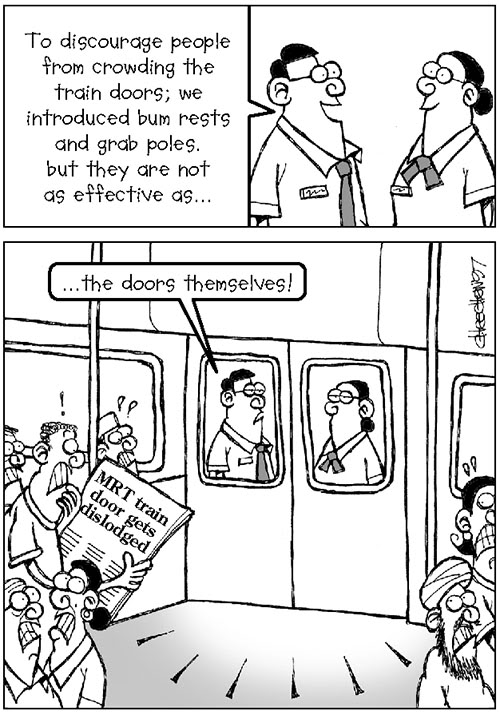