1 day before the Handover

Hong Kong is not the end of China's unification story.
Macau reverts in 1999. But Taiwan will remain the more elusive prize -
greater than even Hong Kong.

Indeed, Deng Xiaoping is believed to have proposed the
"one country, two systems" formula in the early 1980s originally
with Taiwan in mind. 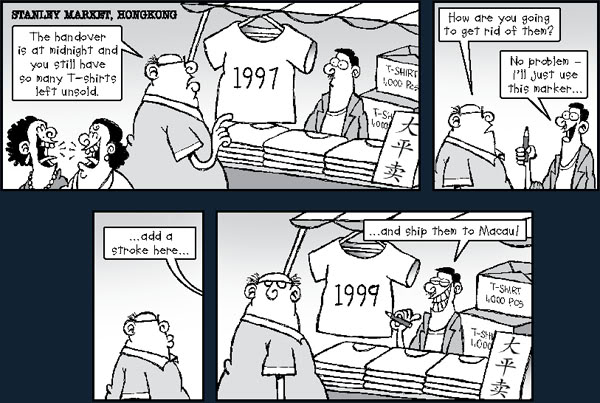