Slow down! Cows and cheeses ahead

Radar cameras around Geneva are being done up ostentatiously in fancy
colours and painted to look like Swiss cows and cheeses as a way of alerting
drivers to their presence and getting them to slow down on the road.

"The idea is to provide a hint for drivers because the radar is intended to
be preventive rather than repressive," said the police spokesman.

One speed trap has a board painted to look like a black-and-white Swiss cow,
while another has been made to look like a large yellow Swiss Emmenthal
cheese full of holes.

"The equipment has a preventive role and we have no interest in hiding it.
Our aim is not to collect as many speeding fines as possible but to ensure
safety," the police chief said. 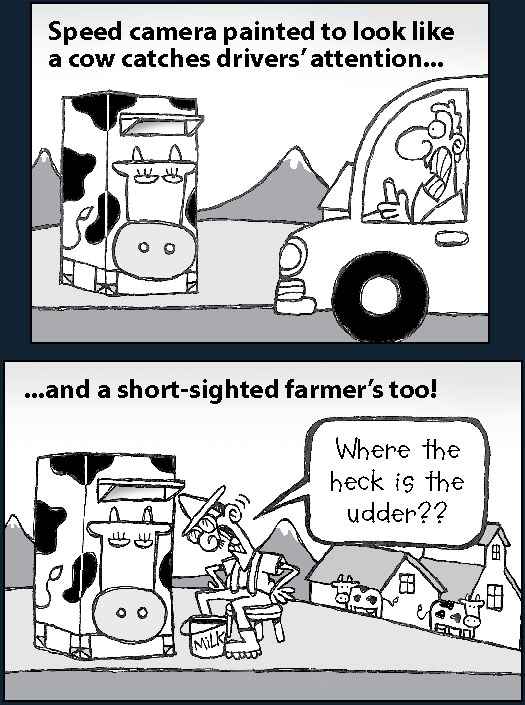