Point a finger at any Chinese Singaporean and you are likely
to get someone named Tan. According to the Department of Statistics,
one in 10 Chinese here is a Tan. 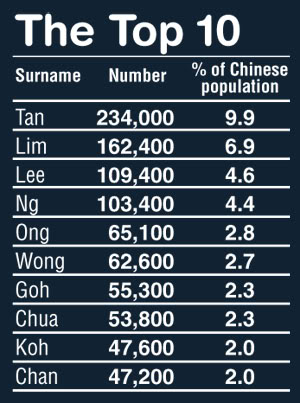 The Tans are the most numerous. Next in line are the Lims,
with the Lees coming third.

But because figures are based on anglicised surnames, it does not
take into account that a surname spelt as Chan may well be the same
as Tan - but spelt differently due to different pronunciation of dialects.
Tans and Lims are very common in Singapore because they are
common surnames in China's Guangdong or Fujian provinces,
where most Chinese immigrants here originated.

Li, spelt Lee here, on the other hand, is the most common surname
among the Chinese in China and Taiwan.

Traditionally, Chinese observe a strict rule of not marrying
someone of the same surname. It also makes sense in terms of genetics.

But a Tan need not worry that a tenth of the Chinese here are
already ruled out as potential marriage partners.

Couples may have the same surname but are probably
very distant in blood ties after hundreds of years, especially those
in different dialect groups. 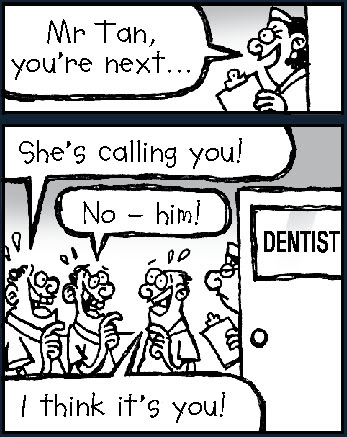