Me, a thief? But I am behind bars

A Danish robber thought he had the perfect alibi in a string of burglaries --
he was in jail.

But police discovered he slipped out regularly by night to burgle houses
and shops.

The man, 29, who is serving a prison term for armed robbery in
Jyderup, west of Copenhagen, was found out when guards searched
his cell and found stolen goods worth 40,000 kronor.

"He managed to push apart the bars of his cell and leave the prison,
which has no surrounding wall but an exterior fence," police said.

He replaced the bars carefully on his return.

In court, he denied that he had committed at least seven burglaries. 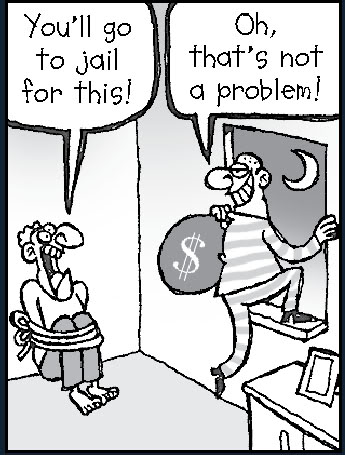