Hats off to a brave new House

Britain's House of Commons, often accused of living in the past,
plans to take another step into the 20th century this week by getting
rid of its "top hat" regulation.

Two collapsible opera hats are kept in reserve at either end of the
panelled chamber for use by members who want to catch the speaker's eye
and raise a point of order during a vote.

The custom dates from the 19th century, when all MPs kept their hats on
during debates, only removing them to speak.

The Parliament's modernisation committee recommended that the regulation
should be scrapped.

It observed that "this particular practice has almost certainly brought
the House into greater ridicule than almost any other, particularly
since the advent of television".

The government and opposition agreed that the hats would have to go. 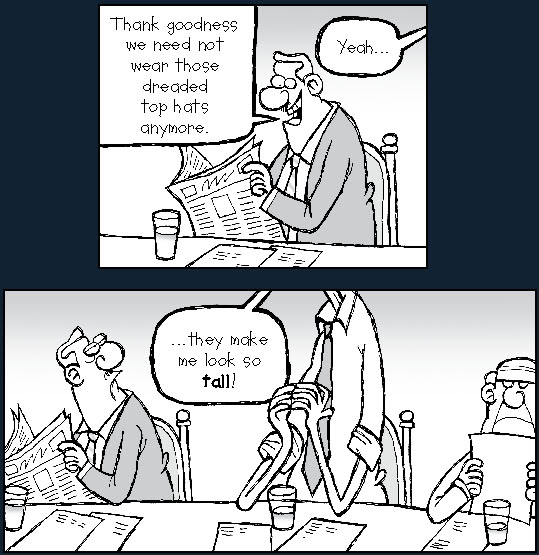