New Zealand scientists are synthesising a protein produced
by mussels in the hope that it will lead to the closing of
human wounds without stitches.

The protein forms the strong natural glue that sticks
the shellfish to rocks.

A chemistry team from Auckland University is investigating
the protein, secreted by a gland in the mussel's "foot",
which gives it its sticking power.

It was hoped the substance could be used in medicine to
glue human cells and tissue. If the body did not reject
the protein, stitches might become obsolete.

Unlike stitches, the adhesive would not need to be removed.
The protein would break down and disappear. 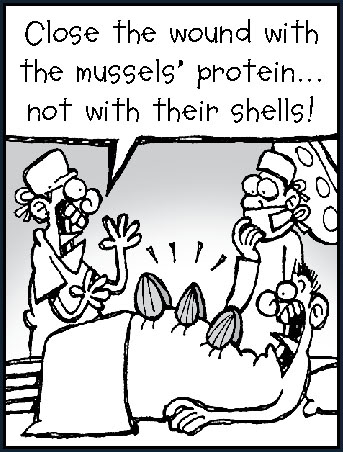