On Jan 10, a 16-year-old student was seriously hurt
when he was knocked down by a white Mercedes-Benz,
whose driver did not stop to help.

Eleven days later on Jan 21, a Mercedes-Benz burst
into flames, moments after it crashed into the road divider
along the Bukit Timah Expressway.

On the same day, a construction sub-contractor suffered
a heart attack while driving his Mercedes car along
Tuas South Avenue 3 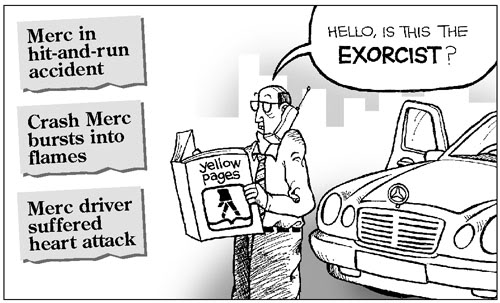